Is Nationwide Good for Auto Insurance?

Nationwide is popular today partly for its commercials featuring former NFL star Peyton Manning and country music star Brad Paisley. However, there’s a lot more to Nationwide than its funny ads and its catchy slogan, “Nationwide is on your side.” 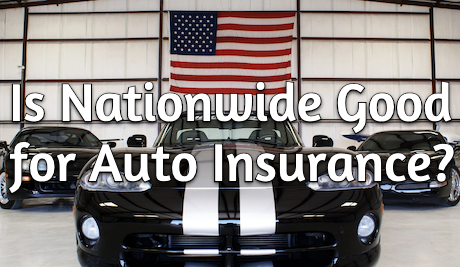 The Nationwide Mutual Insurance Company was founded in 1926 in Ohio, and today is headquartered in Columbus, Ohio. Today, Nationwide is the 8th largest auto insurance company in the United States.

In addition to insurance, Nationwide also offers banking and financial services, such as retirement planning, investing, and annuities.

How Are Nationwide’s Rates?

Nationwide offers insurance for just about everything. Its auto rates are generally going to be competitive with most other major companies, but it’s rarely going to be the absolute cheapest auto insurance option.

Like with most insurance companies, Nationwide’s rates will be extremely high for some people and very competitive for others. Besides the company’s base rates, there are many factors that go into determining a person’s rates. Some of these include location, age, credit score, driving and claims history, and coverage selections.

Nationwide will likely be more competitive for people with good credit and good driving history, and who are bundling other policies with their auto insurance, such as a home or farm insurance. It will also be good for people who like to have all their policies with one company, such as a life insurance policy or a boat policy.

For people only looking for auto insurance, or for people with bad credit or multiple claims in the last 3-5 years, Nationwide probably isn’t going to be the most competitive auto insurance.

How Is Nationwide With Claims and Customer Service?

Rather than trying to always offer the lowest rates, Nationwide instead focuses on offering a one-stop-shop for insurance and financial services, as well as offering excellent claims and customer service.

However, generally speaking, Nationwide’s millions of customers are satisfied with their claims service. Nationwide relies heavily on local independent agents to be their face and representative with their customers, and the quality of the agent also plays a role in a customer’s claims experience.

In fact, Nationwide has fewer negative complaints than most other major auto insurance companies according to the National Association of Insurance Commissioners.

Which Discounts & Coverages Does Nationwide Offer?

Nationwide offers a wide variety of coverage options and discounts on their auto policies. Some of these include options that aren’t always offered by every major auto insurance company.

For example, Nationwide offers Accident Forgiveness, which is offered by some other companies, but not every company has this. Accident Forgiveness is an extra endorsement that you can add to your policy, for an additional premium, that will guarantee that your base rate won’t be penalized as a result of your first accident with Nationwide. In order to qualify, you typically need to be accident-free for the last 5 years.

Nationwide also offers a Vanishing Deductible option, which reduces your Comprehensive and/or Collision deductible by $100 each year that you go accident-free, for a maximum amount of $500.

A few other nice coverages include a Total Loss Deductible Waiver, which means that you won’t have to pay a deductible if your car is totaled, as well as roadside assistance and GAP coverage, which covers the difference between your car’s market value and the amount that you still owe on a loan.

Nationwide offers many of the same discounts as other major auto insurance companies, including a multi-policy discount, multi-vehicle discount, safe driver discount, good student discount, paperless discount, and an affinity member discount, which provides a discount for being a member of certain alumni associations, professional groups, and other organizations.

Nationwide also offers a SmartRide telematics program, which gives you a discount if you enroll in and fully participate in a program that tracks certain aspects of your driving.

Nationwide is a good option for auto insurance, particularly if you value having a large, financially strong company behind you. They offer a nice variety of coverages and discounts, as well as being strong in claims and customer service. It’s an especially good option if you like to place all of your insurance and financial services with one company.

Nationwide might not be the cheapest option for car insurance, but overall it’s a good option and worth getting a quote from.