Coffee Drinkers Are Safer Drivers – Participate In The Survey

Update: This article has a follow-up – if you look for the results please go right away here. 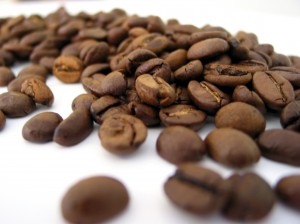 Star Trek calls it “the finest organic suspension ever devised” and Thomas Jefferson said it’s “the favorite drink of the civilized world.” But aside from being the love of many people’s lives, are there any benefits that drinking coffee may bring?

According to Men’s Fitness, six main health benefits of consuming coffee include:

Aside from these six benefits introduced by Men’s Fitness, there may also be a positive effect that caffeine has on how you drive. Recent research shows that as little as one cup of coffee can improve driving performance and sleepiness during highway driving. Continue reading below to learn of the dangers of sleep deprivation while driving and also how caffeine can help combat them.

Driving while fatigued or sleep-deprived is a well-known way to cause an accident on the road. Recent reports from the National Highway Traffic Safety Administration have shown that drowsy driving is the cause for around 100,000 automobile accidents in the United States. Of those 100,000 accidents, 40,000 resulted in injuries and 1,550 resulted in death.

With drowsiness so hard to test for and so hard to enforce against, one can only imagine how many “drowsy driving” accidents went unreported. This number of 100,000 accidents is most likely a severe underestimate. In fact, studies in England and Australia show that fatigue is the cause of 10-30% of all accidents on the road.

You may have heard people say that “driving tired is just as bad as driving drunk.” Whether this is an urban legend or not, one cannot dispute the danger that comes with driving while sleep-deprived. Fortunately, United States lawmakers have been taking notice and are starting to recognize the danger that drowsiness can bring to our roadways.

According to the National Conference of State Legislatures, four states (New Jersey, California, Florida, and Utah) have laws that attempt to cut back on the number of drowsy drivers on the road. The New Jersey legislation states that “a driver that has been without sleep for 24 hours is considered to be driving recklessly, in the same class as an intoxicated driver.”

Coffee To The Rescue!

Recent studies have shown a positive correlation between caffeine consumption and driving performance. The research came to one conclusion – when you are driving and are starting to feel sleepy you have one of two choices: take a nap or consume caffeine.

As stated above, driving while drowsy is extremely dangerous. The main reason why its dangerous is because keeping yourself from falling asleep while driving can be a major challenge. Even a brief lapse of attention can result in tragedy. Pulling over and taking a nap is the most effective solution, but often times it is not the most practical. Having a shot of coffee, in some cases, can be exactly what you need to start alert for the remaining duration of your drive.

Study #1 – Aging and Nocturnal Driving: Better with Coffee or a Nap?

This study, carried out by French researchers was published in the medical journal “Sleep.” It’s objective was to test the effects coffee and napping had on nighttime driving in young drivers and middle-aged drivers.

To measure driving performance in these individuals, researchers counted the number of “inappropriate line crossings” during each driving session. The reason why they chose to measure this variable was that drifting over lines is the cause for 65% of sleep-related deaths in France.

This research also showed that middle-aged participants responded best to caffeine. The caffeinated coffee lowered the line-crossing risk for them by 89 perfect. Coffee lowered the risk in younger drivers by 23 percent.

This study, published in the research journal “Psychopharmacology,” sought to examine the effects that a single cup of coffee had on simulated highway driving performance.

The research showed that caffeinated drivers performed much better (objectively and subjectively) in the two hours following “the coffee break.”

Studies show that caffeine has a positive effect on driving performance. If you are somebody who needs to get behind the wheel late at night from time to time, you might want to consider bringing a jug of coffee with you for the ride. Aside from the many health benefits coffee may have, the driving benefits cannot be ignored.

They say that sleep is a symptom of caffeine deprivation. Don’t let sleep creep up on you on the road. Stay safe, and drink your coffee.