Whether you’re moving to South Dakota, registering a motor vehicle for the first time, or just thinking about adding some extra auto insurance coverage to your existing policy, there are a few things you need to know before doing anything! 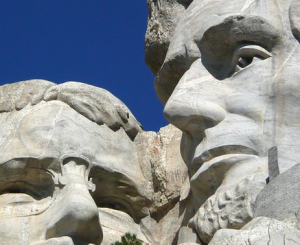 Car insurance is always going to be expensive for teen drivers, and prices don’t change much among major insurance companies in your teens.

However, certain car insurance companies in South Dakota are known for offering affordable car insurance prices to drivers in their 20s.

American Family Insurance, for example, offers some of the best rates to drivers in their 20s. State Farm and Farmers Mutual are two other South Dakota car insurance companies known for offering cheap prices to young drivers.

After completing this stage, you can move onto your restricted minor’s permit and then your full operator’s license at age 16.

Typically, South Dakota teen drivers will not need special car insurance when they have an instruction permit – assuming they’re driving an insured vehicle. On an instructor’s permit or learner’s permit, the teen driver will be covered under a normal insurance policy. Once that driver has a full license, however, then the insurance policy will need to be upgraded.

South Dakota is a “Tort” state, meaning that each driver is legally and financially responsible for all damages and injuries during an accident for which they are at fault. With this in mind, the state has some state minimum insurance requirements to legally operate an automobile.

First, liability insurance with minimum levels of 25/50/25 (see chart below) is mandatory. This will help to cover your financial responsibility to the other party if you are at fault in an accident.

Second, underinsured motorist coverage is also mandatory, with the same minimum levels of 25/50. This coverage will assist you in expenses, should you be struck by a motorist without enough liability coverage.