How Much Car Insurance Should You Have in Illinois? 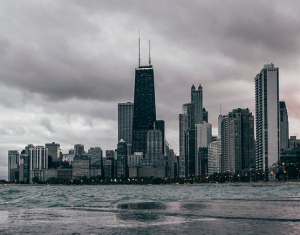 Illinois is middle of the pack when it comes to car insurance prices. The state isn’t typically one of the top 10 cheapest states for car insurance, nor is it among the most expensive states.

Which Cities in Illinois Have the Best Prices on Car Insurance?

In all states in America, you’re going to pay more for car insurance in urban areas than in rural areas. Generally speaking, drivers in the Chicagoland area of Illinois will pay higher rates for car insurance than drivers in urban areas. The vast majority of the population of Illinois is within the Chicago metropolitan area. Drivers in ZIP codes with higher crime rates may also pay more for liability coverage than drivers in safer ZIP codes.

As a “Tort” state, Illinois law states that each driver is financially responsible for any property damage or personal injuries resulting from an accident for which they are responsible. For this reason, Illinois has set mandatory liability minimums for car insurance policies of 20/40/15 (see the chart below).