Driverless cars have been in the news a lot lately. Technological advances are making driverless cars more of a reality and in as little as 25 years, car ownership as we currently know it could be obsolete. One business that may come to an end along with it is the car insurance industry. Ride-sharing programs, car-sharing programs, and self-driving cars are going to cause a major disruption among car insurance companies.

What Driverless Cars may do to the Insurance Industry

It is quite clear that if there are more driverless cars on the road there are likely to be fewer accidents. If there are fewer accidents the premiums for auto insurance are going to go away. While there is still going to be a need for auto insurance, the market would be reduced by about 75% or even more. It is a known fact that insurance companies make their profits from the premiums that they charge. If premiums take a nosedive many insurance companies are going to be doomed.

What Insurance Companies Think about their Future 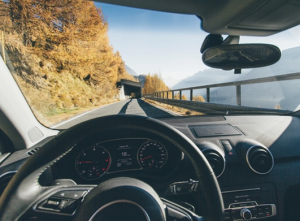 Most insurance industry executives do not think about the repercussions of a world with driverless cars. Most companies feel that even with the possibility of driverless cars it is going to be many years before these types of cars become relevant. For this reason, insurance companies are not really worried about it.

Insurers assume that the technology for driverless cars is going to take many more years to mature and after that, it will take many more years to determine the regulations for them including liability and licensing issues. The companies also add on more years for the cars to gain confidence from consumers as well as the long life span of current vehicle models. Overall, the insurance companies feel like there is a long time to go before driverless cars actually make up a large portion of the cars in the market.

Another argument from the insurance companies is that even if the number of accidents does go down the severity of the accidents will go up when measured by the cost to fix the cars that have the technology to drive themselves. Even if you are not crashing into someone else, this does not mean that someone will not crash into you. For this reason, it will be many years before someone would give up their car insurance.

Google’s self-driving car program has started a technology race throughout the auto industry. Auto industry executives are now paying attention to the possibilities that these types of cars could offer. Most car manufacturers are working to make their premium models with smart driver-assist functions such as accident avoidance, smart cruise control, crash reporting, etc. These efforts will help build consumer trust in driverless technology.

Should Car Insurance Companies be Worried?

All in all, car insurance companies may not have much to worry about in the near future, but that does not mean that they should not be considering plans for what they will do when more driverless cars enter the market.

One prime example of a company that did not plan ahead for new technology is Kodak. The company did research about digital photography in the early 1980s and knew from the research that they had ten to twenty years before digital photography would be a threat. This research was correct, but unfortunately, Kodak did not prepare for the age of digital photos and the company ended up going bankrupt.

While the auto insurance companies may think that they do not need to worry about the effect of driverless automobiles on their business for many years, the truth of the matter is that advanced driver assist technology has the ability to reduce the number of accidents that occur by a great deal. This lower number of accidents could trigger a number of reductions in insurance premiums, which could hurt the profits of insurance companies a great deal.

This means that insurance companies are actually going to feel the effects of driverless technology a lot sooner than they may think. The effect of these cars on the insurance industry is going to take effect long before the fully functional driverless cars become readily available to the public.