Getting good, affordable car insurance in Alaska is cheaper than you think. Sure, Alaska has a wintry and icy climate for much of the year, but that doesn’t mean Alaskan drivers are forced to pay higher car insurance prices. 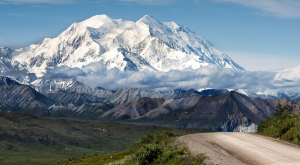 Like all other states in the United States except for New Hampshire, car insurance is mandatory in Alaska. Drivers in Alaska require a minimum of $50,000 of bodily injury liability per person and $100,000 of bodily liability coverage per accident. Drivers are also required to have $25,000 in property damage liability coverage per accident. These coverage limits are relatively high compared to other states – in spite of the fact that Alaskans pay below average costs for car insurance compared to the rest of the country. That means Alaskans get more coverage for less money than drivers in other states.

The other major nationwide brands, like GEICO, 21st Century, and State Farm, all tend to offer similar rates, although some users report getting particularly low car insurance prices from GEICO.

Drivers in Fairbanks and Juneau, which are roughly the same size as the second and third largest cities in Alaska, tend to pay similar prices for car insurance. These prices tend to be slightly lower than prices in Anchorage.

When you operate a motor vehicle in a “Tort” state, such as Alaska, you are financially responsible for any damages and personal injuries that are a result of an accident you caused. Because of this, all drivers are required to carry liability insurance.

The state of Alaska mandates minimum amounts of coverage that are the highest in the country (see the chart below). Though this may mean higher premiums, these minimums ensure that residents are adequately prepared for some of the high costs that can be incurred in an auto accident.

Other options for residents of Alaska to increase their protection include collision, comprehensive, uninsured/underinsured motorists, and/or medical payment coverage.

You may want to consider purchasing limits of coverage higher than those required by law to protect your assets or property, as you may be personally responsible for any damages above the policy limits.